"Change is possible, change is necessary,
AAA-PBP, for a fairer society. 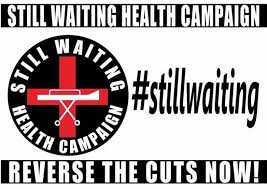 On Good Friday, at 16 locations in Ireland, we held vigils outside hospitals, in what was the start of a campaign that aims to tackle the inadequacies in the Irish health system. Under the banner of the Still Waiting campaign communities organised to demand better health care.

Health Care worker, Cyril Brennan who initiated the campaign said, ‘overcrowding, waiting lists and staff shortages needs to be tackled. We are in the middle of a national crisis. Each year 350 people die waiting for the care they need on lists that are spiraling out of control. There are now over 650,000 people on waiting lists, many of whom have been there for years, with worsening conditions.

The government chooses to stick it’s head in the sand while people are forced to accept a sub-standard health service that puts adults and children’s lives in danger. No doubt they are able to afford the very best of private healthcare, with the hefty wages they receive from tax payers. These cuts will never affect them.’

Local organiser in Roscommon, Eddie Conroy said, ‘in the last 30 years, thousands of beds have been stripped from the public healthcare system, while state funds are given to private hospitals. The incapacity of the health service isn’t just a result of incompetence from the government, it is the hidden agenda of privatisation at play again. The people suffer while the profit margins of the few, gets ever larger.

Between October and December in 2016 the number of children with disabilities waiting longer than the recommended 3 month guideline increased by 23%. Mental health services are also seriously lacking with young patients often being left in unsuitable adult psychiatric wards to access treatment.’

‘We need to push back against this two-tier health system. From the Water Charges to Apollo House people power is changing the shape of this country for the better. Still Waiting will work with other affected groups to build a national movement that challenges these policies and forces the government into action.’
Posted by Eddie Conroy
Email ThisBlogThis!Share to TwitterShare to FacebookShare to Pinterest 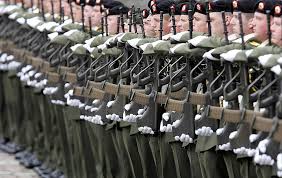 When the country faces floods or other disasters it’s always the rank and file soldiers who are called on to help.

Yet, when the economic crash came in 2009, rank and file soldiers were hit with cuts to pay, allowances and even pensions.

Many soldiers have to rely on Family Income Supplement just to get by. Soldiers and their families face the same high rents and pressures as other families.
Some soldiers have been forced to sleep outside barracks in cars because they can’t afford the fuel to travel home and back.

That is why ‘Wives and Partners of the Defence Forces’ are right to protest. People Before Profit fully support these protests and will use our platform in the Dáil to voice soldier’s concerns.

Soldiers themselves are barred from protest or strike action. Even the representative body, PDFORRA, doesn’t have the same status as regular unions.
In a recent study over 75% of soldiers said they were unhappy with pay and conditions with many others suffering from severe stress.

The truth is the government want the soldiers to follow orders without question and accept bad pay and conditions without kicking up a fuss.
All workers need to support the soldiers and their demands. Soldier’s representative bodies should be given the same legal status as other unions.

We are for the right for soldiers themselves to protest against bad pay and conditions.
The top 300 people in Ireland have over €100 Billion. If the government were willing to tax the rich then there would be no need to hammer soldiers and other workers.


That’s why we need to get rid of the establishment parties and put in people who will stand up for soldiers, their families and all workers.

Posted by Eddie Conroy
Email ThisBlogThis!Share to TwitterShare to FacebookShare to Pinterest

Car Insurance - A Real Solution to the Rip Off 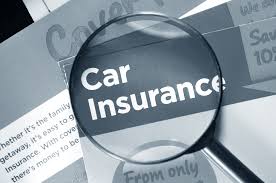 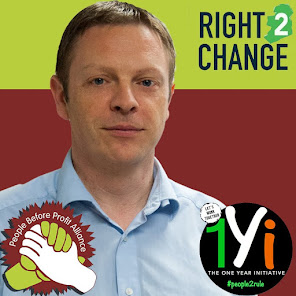